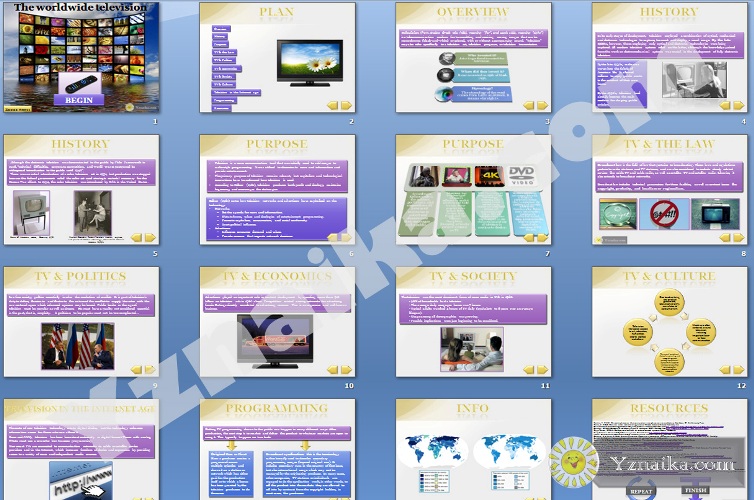 By the late 1930s, radio was woven into the fabric of American life. It allowed millions to enjoy public events in the comfort of their own home.

By the 1950’s, television had already become the main medium for shaping public opinion.

Although the electronic television was demonstrated to the public by Philo Farnsworth in 1928, “technical difficulties, corporate competition, and World War II postponed its widespread introduction to the public until 1946”.

There was an initial introduction of a color television set in 1951, but production was stopped because the federal government ruled the color set used strategic material necessary for the Korean War effort. In 1954, the color television was introduced by RCA in the United States.

Broadcast law is the field of law that pertains to broadcasting. These laws and regulations pertain to radio stations and TV stations, and are also considered to include closely related services like cable TV and cable radio, as well as satellite TV and satellite radio. Likewise, it also extends to broadcast networks.

Broadcast law includes technical parameters for these facilities, as well as content issues like copyright, profanity, and localism or regionalism.

In a free society, politics essentially involve the resolution of conflict. It is part of television’s duty to define, illuminate and illustrate the nature of the conflict-to supply the voter with the raw material upon which informed opinion may be based. Public leader in the age of television must be popular as well as sincere. He must have a quality not considered essential in the past, that is, simplicity. A politician to be popular must not be too complicated…

Advertisers played an important role in content development by spending more than $12 billion on television ads in 1980 alone. Competition existed among networks for advertising funds. Ratings directly correlated to advertising revenue. This is an expensive and well-known business.

The television was the most dominant form of mass media in U.S. in 1982.

The costs of new television technology create digital divides, but the technology enhances information access for those who can afford it. Since mid-2009, television has been broadcast exclusively in digital format.Those with analog TVsets must use a converter box toaccess programming. New smart TVs are connected to communication networks via cable or satellite service providers and via the Internet, which increases freedom of choice and expression by providing access to a variety of mass and independent media sources.

Getting TV programming shown to the public can happen in many different ways. After production, the next step is to market and deliver the product to whatever markets are open to using it. This typically happens on two levels:

Original Run or First Run: a producer creates a program of one or multiple episodes and shows it on a station or network which has either paid for the production itself or to which a license has been granted by the television producers to do the same.

Broadcast syndication: this is the terminology rather broadly used to describe secondary programming usages (beyond original run). It includes secondary runs in the country of first issue, but also international usage which may not be managed by the originating producer. In many cases, other companies, TV stations or individuals are engaged to do the syndication work, in other words, to sell the product into the markets they are allowed to sell into by contract from the copyright holders, in most cases, the producers.